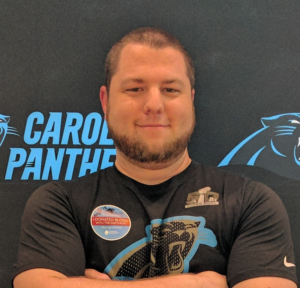 What is Impostor Syndrome? What are some signs that you have it and how to overcome it? This is what we will be covering in this post.

Impostor Syndrome is a term that was coined back in the 1970’s and in very basic definition, it is the feeling that someone may experience when they do not feel as smart or as successful as others view them to be. It is a term that you will sometimes see more around people who are just starting to get a lot of attention for their success. It is not very clear why people will get this feeling or have this mindset. However, some studies have show that two out of five successful people will experience this feeling. It was originally thought to just be a phenomeon in women but recent studies show that men are just as susceptible to Impostor Syndrome as women are.

Impostor phenomenon, more commonly called ‘impostor syndrome’, is when a person (usually a high achieving or high functioning individual) has increased feelings of inadequacy that can develop into a phobia of being “found-out” or labeled as a fraud.
- Ashleigh Stambaugh, School Counselor

So what does this mean for developers? I can only speak for myself and a few of the developers that I have discussed it with over in the CodingBlocks Slack Channel, however I will attempt to explain why this phenomenon affects some of us software developers.

I believe that most developers experience Impostor Syndrome because we tend to hold ourselves to the highest standards and expectations. You may spend several hours reviewing a problem, refactoring code, and even just scraping the project to rewrite it but it is still never ‘perfect’ in your eyes. These kinds of thoughts and behaviors could have a serious impact on your drive to be a better programmer. Eventually you could even start thinking that you will never be good enough and stop trying to be the best you can be.

In today’s development world there is an overwhelming amount of open source projects that could have anywhere from a couple developers contributing to several thousands of contributors. One could possibly feel intimidated to submit a pull request could be viewed by anyone and commented on. Working on these public projects can be stressful to some who may think that someone else could write the code better, so why embarrass themselves. However, we have to remember that the point of sites like Github and Gitlab are to work together to build code and improve upon ideas. So even if you don’t submit bulletproof code, someone can come behind you later and make it even better. You need to look at your peers as assets and try to learn from them instead of being intimated and shying away from them.

Oh yeah, we have probably all been here before! Those pesky problems that just seem so simple at first glance and then when you start to actually write the code you end up getting frustrated because you can’t get the project working the way that you originally planned. Or maybe you just over promised something at work and now you are realizing that you might not be able to deliver it. This can cause that sinking feeling that you will be viewed as a fraud or a fake somehow. In a situation like this, best thing to do is sometimes walk away from the project and come back later to try again. Once Impostor Syndrome start creeping in, you may find it difficult to focus and solve the problem.

What can you do?

The key thing to remember is that you should not let Impostor Syndrome control you. Don’t let it end your development career because inside you don’t feel good enough or that you don’t deserve the success that you’ve achieved. Push forward and let that feeling drive you to improve yourself.

Something else to remember is you are not the only one that feels this way most of the time. There are others out there that have this same problem. For example, I have had great discussions with several developers over in the CodingBlocks Slack channel and we’ve all bonded over this same feelings of Impostor Syndrome that we sometimes get. James Studdart, the host of The Cynical Developer podcast, had this to say about Impostor Syndrome:

I think it stems from the need, want, or drive to be better and to be more. I know I am my own worst critic and I have that internal battle with myself all the time, worrying I’m not doing enough to fulfill my role or pushing myself to learn enough. Even with experience I don’t think it ever goes away, you just start to accept that you are doing your best and that will have to do. People cannot ask any more of you on that.
James Studdart, Podcast Host at CynicalDeveloper.com

Just like James said, this feeling may never go away but you have to push forward and do your best which will result in you learning more and more as you go. Another tip is to mentor someone who is just starting or who may be less experienced. When you do this, you tend to find out that you know more than you realize and that tends to help that feeling to dissipate. If that doesn’t work, just talk to someone (a friend, family member, or even your manager), get their opinion and see what they think.

What are your thoughts? Do you struggle with Impostor Syndrome? Have any tips for others? Leave a comment below!